INFOGRAPHIC: The potential benefits of irrigation in Africa

Africa is seeing a surge of interest in irrigation among small- scale farmers as climate change brings more erratic weather. At the same time, a growing population across the continent demands more reliable and continuous supply of food.

Food production in Africa continues to rely almost exclusively on rain-fed agriculture, leaving farmers and rural communities vulnerable to more erratic rainfall patterns and climatic extremes. Currently, a mere 6 percent of cultivated land is irrigated in Africa. Yet, the potential for irrigation expansion is vast, particularly in SSA. For countries to deliver on the food security and nutrition targets under the African Union’s Agenda 2063 and the Malabo Declaration, collective and individual action is needed at all government levels, from the private sector, and among farming communities to expand irrigation across the continent—from small-scale schemes to farmer-led innovations and large-scale irrigation systems. 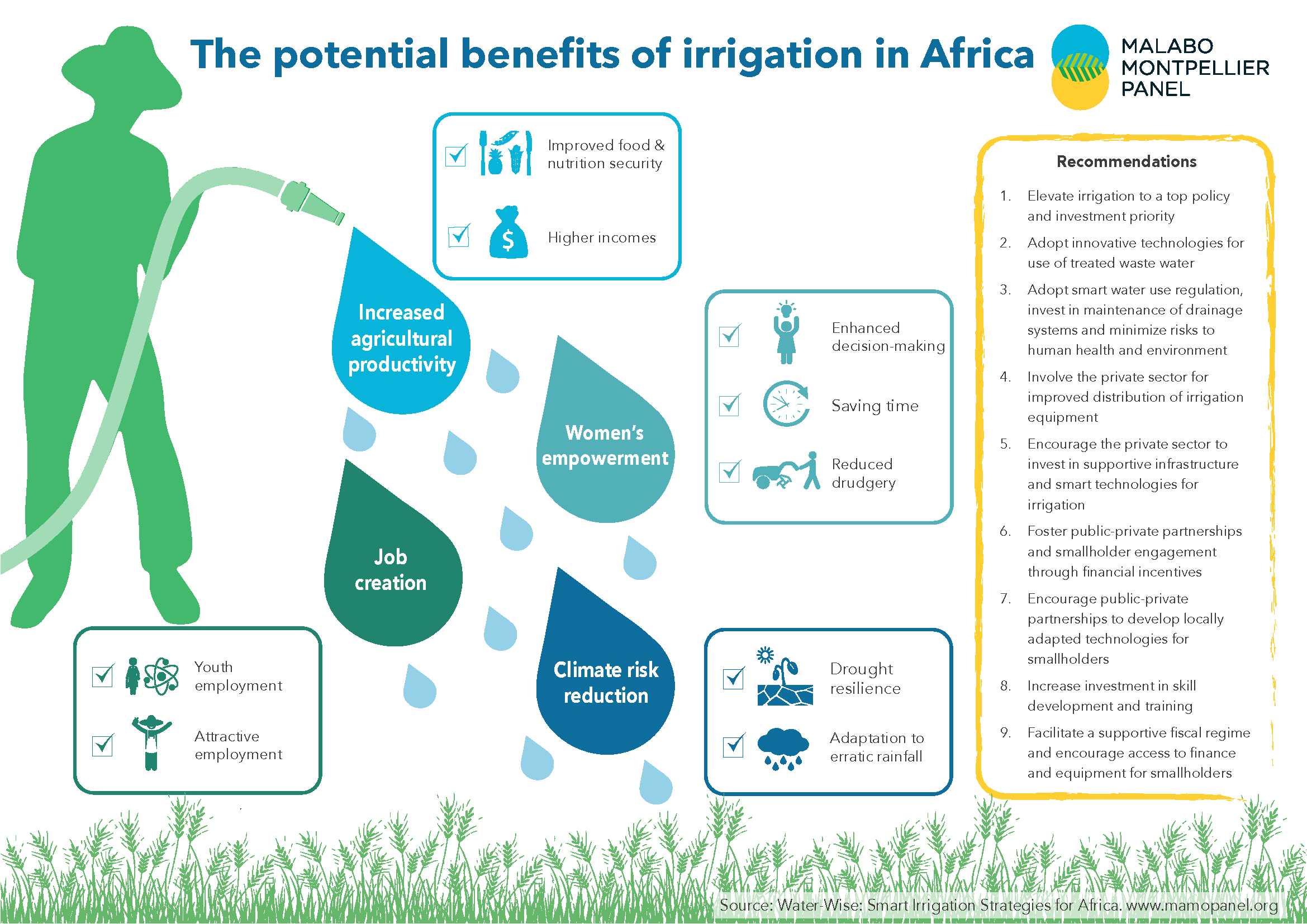 Irrigation development can make good business sense, given that yields from irrigated crops are double or more of comparable rain-fed yields on the continent and that the benefits of expanding areas under irrigation are estimated to be double the costs under climate change. In the most vulnerable parts of Africa, irrigated agriculture also means that farmers can extend the growing season(s), increase productivity and incomes, and improve their livelihoods. But irrigation development must be planned carefully to avoid adverse impacts on the environment and human health.

Significant lessons can be drawn from interventions in several African countries. The Malabo Montpelier Panel report — Water-Wise: Smart Irrigation Strategies for Africa — summarizes the key findings of a systematic analysis of what six African coun- tries at the forefront of progress on irrigation have done right. It analyzes which institutional and policy innovations were implemented to increase irrigation uptake. Several of these can be brought to scale across the continent to help governments meet the targets and goals under the African Union Agenda 2063 and the Malabo Declaration.