Risk of global food shortages due to Covid has increased, says UN envoy 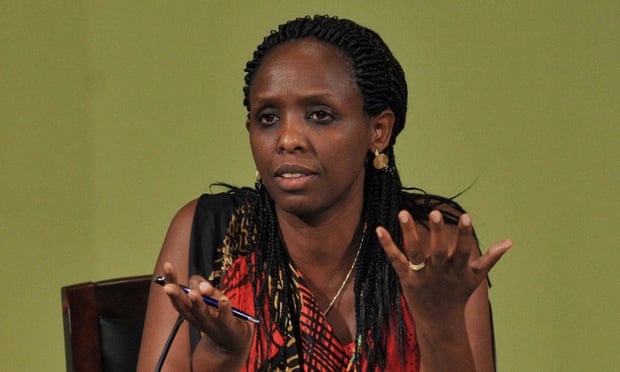 People living in poverty around the world are in danger of food shortages as the coronavirus crisis continues, the UN’s food envoy has warned, with the risk worse this year than in the period shortly after the pandemic began.

Agnes Kalibata, the special envoy to the UN secretary general for the food systems summit 2021, said: “Food systems have contracted, because of Covid-19. And food has become more expensive and, in some places, out of reach for people. Food is looking more challenging this year than last year.”

Many of the problems that experts predicted last year have been deferred, not solved, she said. “The main impact has been on markets, the shutdown of food markets. The lockdown has closed markets and that makes it very difficult for farmers.

“Last year, many countries used whatever opportunity they had to keep their food systems going. That is more difficult now. Food prices have increased significantly in some places.”

She highlighted the plight of African countries in particular, several of which are facing serious food price rises and shortages, exacerbated by problems such as drought predicted in east Africa, likely to affect northern Kenya, Somalia and Ethiopia. “This year, the predicted drought cycle is much more serious than last year,” she said.

Other countries, such as Thailand, were also seeing prices rise, she added. “The price of food is increasing in some cases very fast, which is really challenging.” As the coronavirus pandemic and the global economic crisis it has provoked continue, more countries are likely to be drawn into difficulties, she said. “We have not been able to strengthen our reserves. Now they are under pressure.”

Food systems largely held up last year, with some notable exceptions, after governments heeded early UN warnings against closing their borders or setting tariffs, and as harvests were generally good, according to Kalibata. But those successes may have disguised the fact that many underlying problems have grown worse over the past year, as people have exhausted their reserves of food, cash and family support and now are facing a long crisis without backup.

“We are facing a greater threat this year, as economies have shrunk,” she said. “That is happening across the globe, everywhere. Countries are in a very distressed situation, and it is not getting easier – it is getting more difficult. Some countries have hung on, but for how long?”

She said governments had to plan for a longer crisis than they may have originally envisaged, and that dealing with Covid-19 and its economic impacts could take at least five years. “Mistake number one was that we thought [the crisis] would be short, we thought it could be six months,” she said. “I’m not complaining about lockdowns, they are very important to protect people, but they must not be indefinite.”

Keeping food moving, from areas of production to distribution hubs and consumption centres, and across borders, must be a priority, she said.

The focus of governments must also shift to the impacts on the wider economy, she urged, as people around the world were facing greater hardship as leading economies struggled with recession. “People are losing their jobs,” said Kalibata. “That’s now the most important thing. The economy is shrinking and that is impacting millions of people.”

She urged governments and agencies not to let down their guard as vaccines are rolled out and lockdowns eased in many places. “Social protection is very important. We also need to keep prices down, we need to keep food available and we need to strengthen markets, ensure markets are working despite the crisis,” she said. “The contractions in the economy are affecting the food environment.”

She also called on governments to learn the lessons of the crisis, including how human actions may have contributed to the risk of zoonotic diseases. “We can’t have something like this again,” she said. “We need to look at how we as human beings manage the planet.”

Later this year, the UN food systems summit intends to “launch bold new actions to transform the way the world produces and consumes food”. Countries will examine how the global food system can be improved; the dangers from the climate crisis, wildlife loss and other environmental impacts; consumption patterns, food waste, and what changes may be needed to reduce global hunger; the obesity crisis in some countries; and recovery from the Covid-19 pandemic.

The summit was called by António Guterres, the UN secretary general, in October 2019, before the coronavirus pandemic struck. It is scheduled to take place in September in New York at the same time as the annual UN general assembly, with a preliminary meeting in Italy in July. Kalibata has been criticised by some groups for her role as president of the Alliance for a Green Revolution in Africa, which has been accused of favouring large businesses over small farmers.