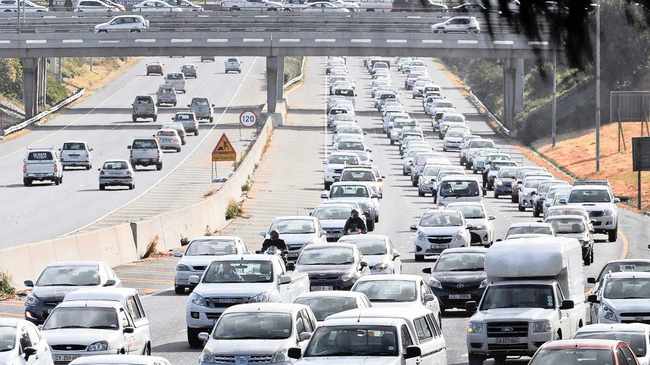 JOHANNESBURG - Never in our lifetime have we seen an economic cataclysm on the scale delivered by Covid-19.

The decline is unfolding across the globe, and we’ll grasp its full extent only in the months and years to come.

The world was moving into a protectionist frame of mind before Covid19, with the US and China engaged in a mini trade war, and the UK in Brexit as it untangles itself from the world’s largest trade bloc. We’ve felt here it in xenophobic attacks.

So how does South Africa react to these threats when our manufacturing volumes haven’t been this small as a percentage of gross domestic product (GDP) for decades? Covid-19 took our manufacturing as a share of GDP back to 1962 levels.

South Africa needs to adjust its industrial and trade policies where possible.

The bigger question is not why we should, but what the policy should do for the country.

To start with, one doesn’t want too much government intervention, but we must acknowledge that it’s often important. For instance, the Poultry Industry Master Plan and its road map to achieving stability, sustainability and growth for this strategic industry is the result of a collaboration between the government, the private sector and labour. The poultry industry employs about 110 000 people directly and indirectly, and has the potential to employ a lot more. The first step is to work out a framework for identifying industries that can help move South Africa forward.

The first fact to take into account is the industry’s job creation potential and its supply chain. How many jobs can be created in its supply chain, from farm to factory to consumer? Can it operate in job-scarce areas – for example, in rural areas?

The motor industry, for instance, received an R18 billion annual benefit a decade ago, yet it probably created no more than 35 000 jobs directly. Do the maths and you’ll see that the government paid a subsidy of R540 000 per direct job a year. In today’s terms, those figures would double.

Agriculture or the clothing industry could generate more work and at a far lower cost to the government per job. Many of these new workplaces could be in rural areas.

Second, the industry must already be producing on a significant scale, with the potential to expand with minimal interventions. It may, for example, need short-term trade protection to get production to the next level.

The industry would also need a cost base that puts it in the lowest quantile internationally in terms of production costs. A quick overview shows that poultry, wine, milk and non-traditional agriculture are all there. Clothing can get there with the right help, as can some service sectors. However, traditional heavy industries have been lost, both due to escalating electricity prices and power interruptions, but also because they’re capital intensive in a savings-poor country with high rates.

This must be the most important factor to consider, as being a low cost producer will give South Africa a good starting point with goods and services that are already competitive.

It will also help keep other parts of the South African cost base lower, which is important, because lower food prices mean workers’ rands stretch further.

A third factor: does the industry have the potential to export to our neighbours, or can it get there using the African Free Trade Agreement? The focus should therefore be on Africa and the Middle East.

What springs to mind are beer, wine and spirits, meat and poultry products, small appliances and even some clothing. A report by the Malabo Montpellier Panel shows that the increased demand for animal-sourced foods – dairy, eggs and meat – has been driven by a growing African middle class. This market gap is more than $1bn (R16.5bn) a year and growing. South Africa and Egypt provide 30 percent of the total meat and grown food on the continent, while South African farmers are filling the gaps in some neighbouring countries.

We need to tie into Africa more closely. South Africa has more food and a better packaging industry, for example, than any of our neighbours.

Our retailers have an African footprint, and we could get help with making border crossing more efficient to benefit all of Africa. Basic foods and beverages, paper and packaging – basic goods that people need daily – could help our neighbours and our own people. Food security and security of supply during periods of world upheaval are another consideration.

Steel, for example, can be stored for long periods, unlike most food products. Medicines can be imported, but it would be prudent to produce some important medications locally.

We need to choose the industries that export: petroleum products, machinery, chemicals and prepared foodstuffs lead the way. Vehicle exports are in fifth place only, which suggests that government subsidies helped but failed to create much employment.

If we were to focus more on developing the export market for processed food and drink, we could link that back to agriculture and packaging. We’d need our border posts to operate faster and around the clock – more efficient border operation could add about 3 percent to the Southern African Development Community GDP within five years.

Mike Schüssler is an economist and FairPlay expert panellist.