Africa will play a defining role in meeting global hunger targets by mid-century. But maximising food production while protecting natural resources is no easy task.

Professor Sir Gordon Conway is a Professor of International Development at Imperial College London, U.K. and a member of the Malabo Montpellier Panel. 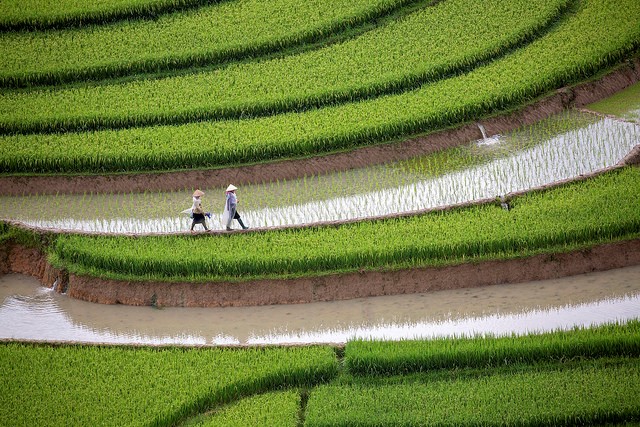 Africa will play a defining role in meeting global hunger and food security targets by mid-century. But maximising food production while protecting natural resources is no easy task, especially with the impact of climate change hitting Africa hardest.

There are lessons for Africa from elsewhere in the world, in particular from Asia, in how to direct investment to most effectively improve agriculture, livelihoods and climate resilience.

First, Asia has demonstrated the value of prioritising agriculture as a share of government expenditure.

Over the past decade, several countries in Asia including India, Nepal and Bhutan have allocated six per cent of government spending on agriculture, and have reaped the rewards of this investment.

By comparison, African governments dedicated on average around three per cent of national budgets to agriculture.

While there are efforts and commitments to increase this to 10 per cent, only 10 countries met this target in 2017, leaving room for improvement. Without investing in agriculture, African countries will be unable to increase food production to better feed a growing population.

Second, agricultural investment in Asia specifically prioritised the expansion of irrigation to help move away from relying entirely on rain-fed systems.

Of national spending on agriculture, 60 per cent was directed towards irrigation development, leading to a rapid increase in the area of land under irrigation.

As a result, 37 per cent of cultivated land in Asia is irrigated compared to just six per cent in Africa.

The need to sustainably scale up irrigation in Africa is made clear in a new report published by the Malabo Montpellier Panel. It finds that countries making the most progress in expanding irrigation do so because irrigation is prioritised at the highest policy levels. The benefits from improved agricultural output in turn benefitted whole economies. In Niger, for example, 20 per cent of agricultural GDP is generated through irrigated agriculture.

Finally, South Asia in particular has demonstrated the value of supporting smallholder farmers to adopt water control and irrigation technology.

By improving access to financial support, smallholders were able to invest in irrigation equipment to extend the growing season and boost their livelihoods.

In 2017, only a third of adults in sub-Saharan Africa had access to formal financial services, compared to 68 percent in South Asia. If Africa is to fully capitalise on the potential for greater irrigation, then those on the frontline of food production need to have the means to acquire new technology.

As the recent Malabo Montpellier Panel report finds, the potential to increase irrigation in Africa is high at an estimated 47 million hectares.

Expanding irrigation across this area of land carefully and with due regard to environmental impact would unlock greater agricultural productivity, and in turn, economic benefits and broader development results.

As examples from Asia and some leading African countries have shown, irrigation investments raise the demand for other inputs like labour and technology, which in turn increased food production again.

This can have a strong positive effect on the livelihoods of rural farming communities, as well as helping Africa play its part in delivering global development goals.