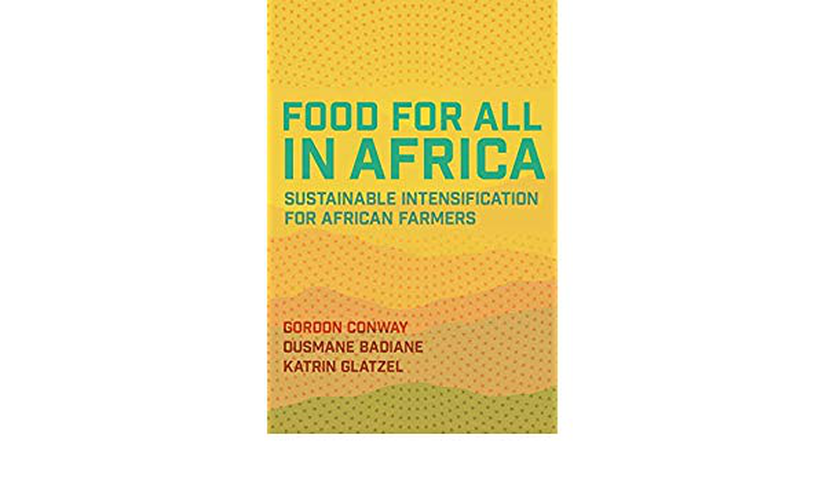 Recognising that African economies are experiencing unparalleled levels of economic growth, with agricultural growth averaging about 7% per year since 2005, the authors of Food For All in Africa have produced a ‘book for optimists’. They emphasise that, in the past, maize harvests for smallholder farmers were as low as 750 kg/ha, whereas yields of up to 6 t are now common. This has been achieved, in part, through drought-tolerant maize seed combined with improved fertilisers.

The challenge, however, is to capitalise on these achievements and bring them to scale. Food For All in Africa discusses how the concepts and practices of sustainable intensification can lead to better livelihoods for farmers, healthier diets, and viable economic opportunities for the rural poor. A ‘virtuous circle’ is envisaged where greater yields result in farmers becoming more prosperous, which benefits the rural economy and leads to other boons, such as improved investment and better access to markets.

“Much progress has been made over the last decades to address hunger and malnutrition across Africa,” states Professor Sir Gordon Conway, co-author of the book. “To sustain and accelerate progress, successful innovations and interventions need to be replicated and brought to scale.” Using digital connectivity techniques such as analysis of big data, machine learning and blockchain technology in order to increase agricultural production and food security in a sustainable way is examined, as are the challenges of transforming of agricultural policies and developing effective leadership in Africa to address these problems. Food For All in Africa may be unapologetically optimistic, but its positive tone is reinforced with solid examples which suggest that a prosperous future for smallholder farmers in Africa is achievable.