Middle-class no longer eating what they grow, contributing to rising numbers of overweight people and creating a ‘double burden of malnutrition’, say researchers. 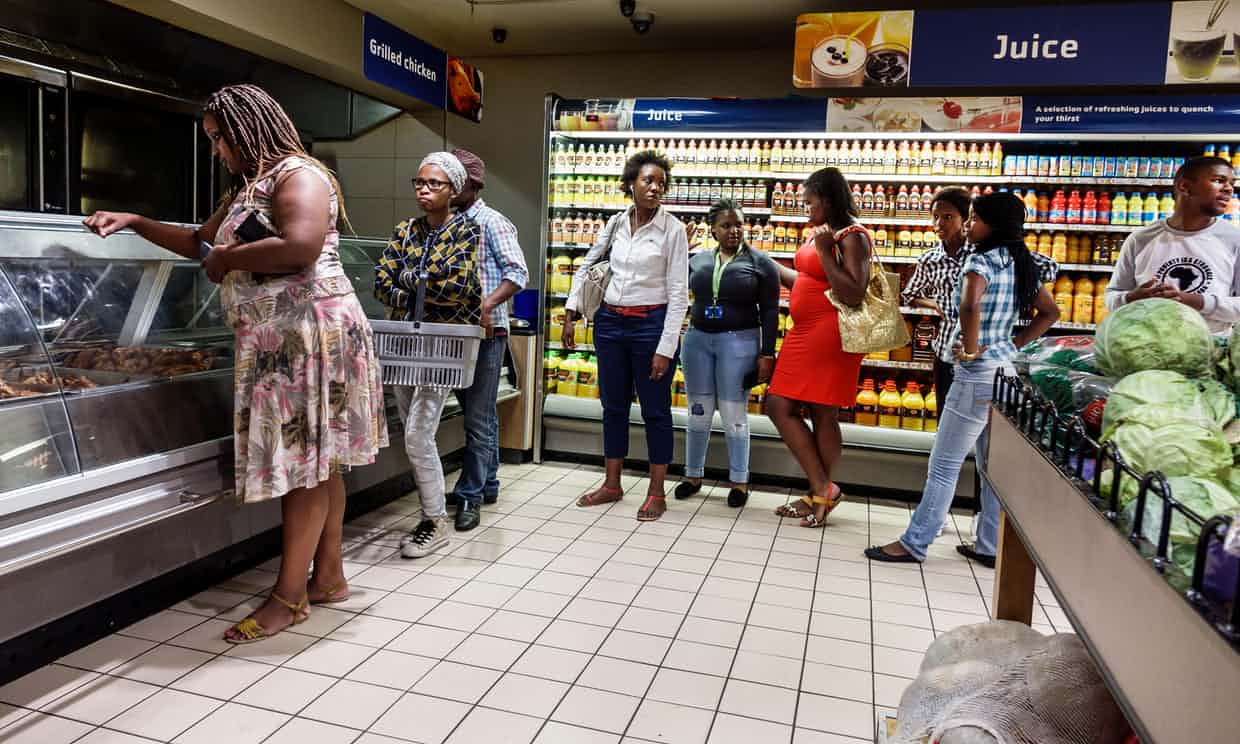 Changing dietary habits are creating an obesity crisis in African countries as middle-class people buy their food from supermarkets rather than eating food they grow, a group of international food security experts has warned.

A report by the Malabo Montpellier Panel, a group of agriculture and food experts, claims obesity is becoming a significant challenge for governments, agencies and the private sector in African countries, many of which are already dealing with malnutrition and stunting. Diabetes is also on the rise, said the panel.

“Africa is a latecomer in the obesity epidemic, but one with fast-growing prevalances,” said Joachim von Braun, an economics professor at the University of Bonn and panel co-chair.

The growth of the middle-class was identified by the researchers as a key factor in the rise of obesity, with the number of overweight people highest in wealthier African nations, particularly among people with higher levels of education and women.

The panel urged governments to recognise that obesity is a form of malnutrition, and said some children were both overweight and stunted – below the normal height range for their age due to chronic undernourishment – making their problems even more difficult for doctors to treat.

Globally there are 41 million children aged five and under who are overweight or obese. Of these25% live in Africa, according to 2017 data from Unicef, the World Bank Group and the World Health Organization.

“In Africa, the number of overweight children under five years of age has increased by nearly 50% since 2000,” said Dr Victor Aguayo, director for nutrition at Unicef, the UN children’s agency.

“Too many children in Africa lack diets that meet minimum nutrient standards to help them grow healthy. That is what drives this double burden of malnutrition – where high numbers of undernourished children co-exist with increasing levels of overweight children.”

A major study by Imperial College London, published in June, found the average body mass index in all African countries increased from an average of 21 in 1980 to 23 in 2014 among men. The figure for women over the same period rose from 21.9 to 24.9. A BMI of 25 or above is considered overweight.

The study also noted an increase in the prevalence of diabetes in Africa over the same timeframe, from an average of 3.4% to 8.5% among men, and 4.1% to 8.9% among women.

Von Braun said a key factor was the “supermarketisation” of African countries, as their middle-classes grow. Recent supermarket studies in Kenya have shown that middle-class shoppers tend to buy processed foods, high in sugars and fats, rather than fresh food.

“We must be honest, the causalities of childhood and diet obesity are increasingly well understood, but what to do about them … there are no crisp and clear-cut solutions,” said Von Braun.

The report urged African countries to prioritise obesity in their nutrition policies and emphasised the importance of African nutrition experts and politicians learning from countries with an established history of dealing with obesity-related problems.