The African Century: German leadership and the G20 partnership

Chancellor Merkel has placed Africa firmly on the agenda of the G20 summit in Germany this July, and has called for a G20-Africa partnership summit in Berlin in June. Jamie Drummond and Nachilala Nkombo, from One.org, argue that African countries need to take full advantage of the German overture at this year’s Summit. 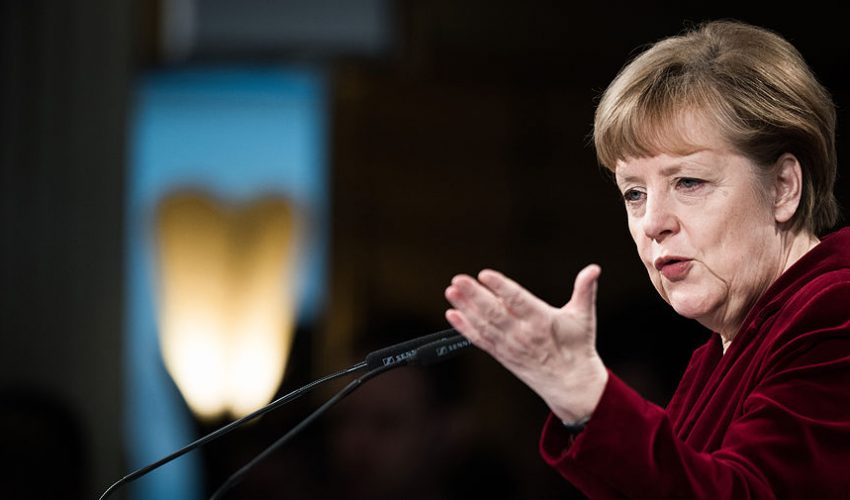 It was the great Desmond Tutu who first noted that this century was to be Africa’s century. Some scoffed – but no longer. The sheer force of demographic numbers and the youthful energy bursting and booming across the continent is what proves Tutu right, and anyone not interested in Africa to be on the wrong side of the future – as well as history.

By 2050 the continent’s population will have doubled again to 2.5bn, and 2 in 5 of the world’s youth will be African, outnumbering European youth 10 to 1. That’s a statistic that startles citizens and policymakers in Europe and further afield. Questions flood from these facts: What will all these young people do, where will they live, what will they think, what will they want? Will they be empowered to improve their lot and that of the world, or will elements implode with frustration at a lack of opportunity on offer from some bad old leaders who won’t go away, and the injustice presented by some of the more profoundly unfair patterns inherent in current systems of globalisation? Will they be prey to extremists? Or will they disprove those afro-pessimists? The answers to these questions lie in the actions of leaders across Africa and the world, and the decisions made by millions of citizens around the world who must now hold these leaders accountable. This youth boom, presents an unprecedented opportunity for global growth and prosperity.  For example, the world’s future ability to sufficiently meet global food demand will depend on what the investment global community makes of Africa today.  To take advantage of this opportunity and prevent the potential disaster from an unmanaged exploding youth population, African leaders have agreed to work over the next two years on a concrete country by country set of plans to invest in youth and harness the demographic dividend

North of the Mediterranean, It’s the powerful punch of this youth boom that caused Chancellor Merkel, in a visionary moment, to place Africa firmly on the agenda of the G20 summit in Germany this July, and call for a G20-Africa partnership summit in Berlin on June 12-13. Some in her cabinet even called for a Marshall Plan for Africa, led by Africa, as have leaders such as Aliko Dangote and Akin Adesina. Only that level of ambition and urgent to double investments in youth education, employment and empowerment by African leaders supported by equivalent leaders in global policymaking hits the mark needed to avoid a disaster. Even if there are differences between the investments made in Africa today and those made in Europe’s post-second world war ‘Marshall Plan’: the name connotes a large-scale act of global political leadership that is both ambitiously humane, but also extremely timely and smart from the perspective of the self-interest of citizens in Europe and further afield.

Much of this youth boom is occurring in fragile and stressed regions such as the Sahel or the Horn of Africa, where extreme poverty, extreme climate and extreme ideology often compete to keep people down and unaided by leaders who too often look the other way, distracted by corrupt opportunities. Fragile states are being actively targeted by organised crime on the one hand, and extremists funded by Wahhabist billionaires in Riyad on the other, and sometimes these forces collaborate. Fragility itself contributes to vulnerability to hunger and extreme deprivation as seen in the north of Nigeria and in Somalia.

In this challenging context what must be done? We are arguing that the international community must urgently frontload a doubling of investments for this doubling population: an increase in public and private funding focused on the education employment and empowerment of this African youth boom.

Education: is plainly foundational and yet in too many places lies in a state of crisis. Where they need to be getting digital skills, STEM and critical thinking training, African children and students get some of the lowest quality education in the world if they get it all. 2% of GDP spent on education achieves nothing and is wasted; and of the 130 million girls out of school globally, 51 million of these are in Africa. It is essential African and global leaders increase the quality of funding and policy practice in education, and at least double the quantity of funding for education, through innovative means as well as increased aid. The German G20 and the African Union summits will be a failure if they don’t deliver any momentum on this crucial issue.

Employment: Africa needs 18 million more jobs a year over the next generation, but generates a fraction of that. Germany wants to forge a G20-backed agreement to offer risk mitigation and other guarantees to encourage more investment into job-creating sectors such as African agriculture and infrastructure. This partnership must succeed to assist the economy to grow and absorb these unemployed youth, and indeed enable them to create those jobs where others fail.

Empowerment: these young people need to be empowered, by both having access to sufficient basic needs and services, across access to health, food security, nutrition, and also by being able to hold the system that is supposed to supply these services accountable for whether or not they do so.  50 million African children are stunted. Bold investments are needed now to prevent stunted economies in future. The empowerment of young women through access to health services is particularly important and, alongside increased education, significantly reduces the number of children a woman might have, improves her health and that of her children and their lifelong economic potential. And these services are better delivered when citizens expect and demand better services through more open governments. “Youth ground truth” groups like CODE in Nigeria and Twaweza in East Africa are checking on service delivery and are networking and scaling into a growing civic movement across the continent.

All this costs hard cash as well as political commitment. Where will the public financing come from for these investments in the youth boom?

First, the international community must work far harder with African and global leaders and anti corruption groups to stem illicit capital flight from the continent, and encourage capital that has already flown to return home and invest in growth. Some key steps will be the agreement of the EU to a new anti money laundering directive that will force the creation of public registers for the beneficial ownership of companies, those “getaways cars for the corrupt”. Germany is dragging its heels on this issue and must now lead in the partnership against corruption if it is to be consistent partner with the citizens of African nations. Later this year there will be a stolen asset recovery summit to help countries like Nigeria recover funds looted under past kleptocracies – another opportunity for progress.

Second, African and global leaders must actually keep their promises under Agenda 2030 to increase the quality and quantity of funding to fight extreme poverty. For example Germany should keep its promise to give 0.7 of income to aid and ensure more of it actually goes into programs overseas and not to in-country refugee costs and African leaders must keep promises like those made in Abuja on health and in Malabo on agriculture food security and nutrition – and all these budgets must be fully open so citizens can follow the money down to local services delivered.

Rwanda, Senegal, Cote D’Ivoire, Morocco, Tunisia and possibly also Ghana and Ethiopia are among the countries who have stepped up for G20 compacts with Africa, to be agreed at the partnership summit in Berlin.  This process must now rapidly be aligned with the AU’s own proposed investment plans for the same countries to harness their demographic dividend. But casting aside pedantic policy process, we must be both practical, visionary and hasty. That window of opportunity to ensure this youth boom is not a big blow up is closing fast.