By University of Bonn Center for Development Research (ZEF) 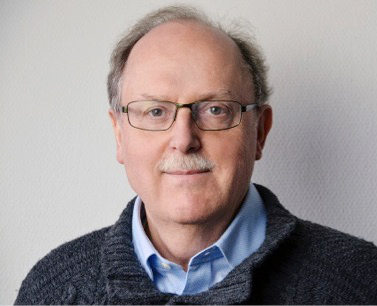 The Vatican has informed Prof. Dr. Joachim von Braun, Director of the Center for Development Research at the University of Bonn, that he has been appointed President of the Pontifical Academy of Sciences for the next five years. Von Braun therewith succeeds the Swiss biologist and Nobel Prize winner Werner Arber.

I am pleased about the appointment of Pope Francis and the collaboration with the approximately 80 high-profile scholars from all over the world. As particularly important topics to be dealt with by the academy, I see the connection between poverty, inequality and injustice in our world as well as the destruction of the natural resources. We must find new solutions for these issues.

The Pontifical Academy of Sciences (Latin Pontificia Academia Scientiarum, PAS) was founded in 1603. In 1936, under Pope Pius XI, it was reformed into a modern independent academy, which is also independent of any denomination. Von Braun is Protestant Lutheran. The academy is under the authority of the reigning Pope. Its overall goal is to promote progress in the natural sciences and to study associated epistemological problems. The academy members meet twice a year. The results of the meetings are communicated to the Pope, who is thus informed about the latest scientific findings. The Academy is located in the heart of the Vatican Gardens, in the Casino di Pio IV. Among its members were and are the most respected scientists of the 20th century, including Stephen Hawking as well as Nobel laureates Ernest Rutherford, Max Planck, Niels Bohr and Otto Hahn.

The elected members of the academy are women and men of every ethnicity and religion. Relevant are the outstanding scientific qualifications and an exigent moral profile. Von Braun was elected as a member of the Academy in 2012.

Joachim von Braun is Director of the Center for Development Research (ZEF) and Professor of Economic and Technological Change at the University of Bonn. His scientific work focuses on economic development, agriculture, food, poverty, sustainability and innovation. He is a member of the German Academy of Science and Engineering (acatech), the Academy of Sciences of the Vatican, the North Rhine-Westphalia Academy of Sciences and Fellow of the American Association for the Advancement of Science, and of the African Academy of Science. Von Braun is chairman of the Federal Government's bioeconomic council as well as vice president of Welthungerhilfe.