More than three million Kenyans will face severe food scarcity between August and November, and Northeastern counties will suffer most.

In its June report, the World Food Program–Kenya says Isiolo remains one of the worst drought-stricken counties, followed by Turkana, Marsabit and Wajir.

Baringo and Mandera are also in danger of severe food shortage.

Isiolo is in Eastern, Baringo and Turkana in Rift Valley and Marsabit, Mandera and Wajir are in Northeastern. 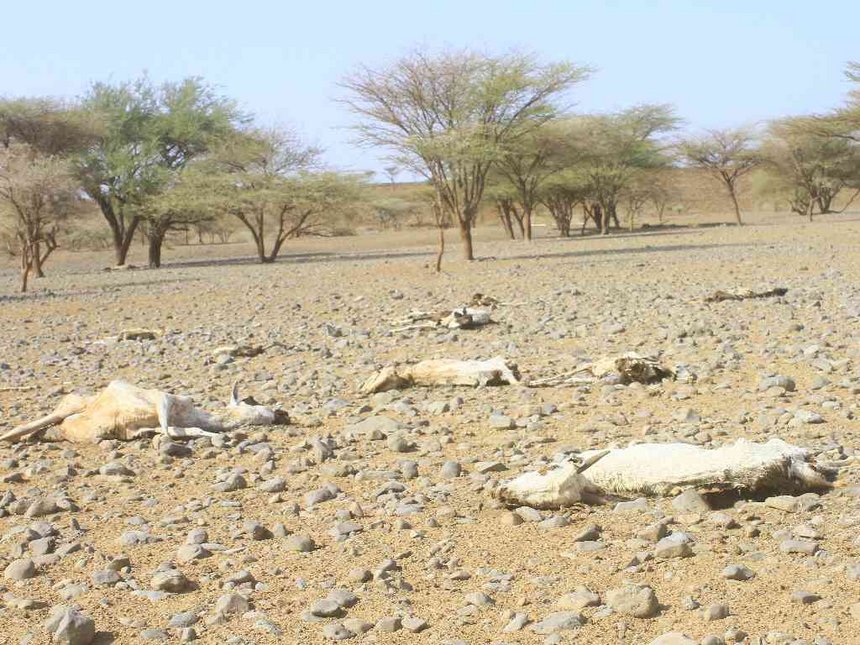 The number of people affected in the arid and semi-arid areas has increased threefold since 2016.

According to the report, two main factors are contributing to a decrease in food consumption — high food prices and inadequate household food stocks due to poor harvests and poor prices for pastoralists in arid counties. These are major concerns.

The onset of the long rains season was delayed by two to four weeks across the arid and semi-arid counties. Rainfall was largely below the norm and unevenly distributed over time and space.

The prolonged drought that began last year was declared a national disaster in February after 23 arid and semi-arid counties and pockets of other areas were severely affected.

Since then, the number of malnourished children admitted to treatment centres has doubled compared to last year.

WFP indicated the nutritional status of women and children in the arid and semi-arid counties remains a concern.

In coordination with the government, WFP continues to treat acute malnutrition in pregnant and breastfeeding mothers in the 23 arid and semi-arid counties.

WFP and its partners are implementing a blanket supplementary feeding programme (BSFP) for all children aged 6-59 months and all pregnant and breastfeeding mothers in nine areas.

These are where acute malnutrition is above the emergency threshold of 15 per cent and is considered critical.

These are in the five arid counties of Baringo, Isiolo, Mandera, Marsabit and Turkana.

WFP said a blanket, rather than targeted, supplementary feeding programme of children and pregnant and breastfeeding mothers will prevent widespread acute malnutrition.

Ministry of Health Nutrition head Gladys Mugambi agreed that BSFP will be a key strategy for the nutrition sector, especially when acute malnutrition rates exceed 30 per cent.

However, the programme on its own will not reduce malnutrition, especially where food security remains a challenge, she said.

“A food response is very critical in the most affected counties like Turkana to effectively reduce further increase in malnutrition,” Mugambi said.

The drought, WFP says, has pushed the number of children suffering from moderate acute malnutrition to 268,000 in 23 arid and semi-arid counties.

In addition, 37,000 pregnant and breastfeeding mothers are currently moderately and acutely malnourished and are registered in health facilities.