Forget Brexit, the most important trade deal in 2021 is in Africa 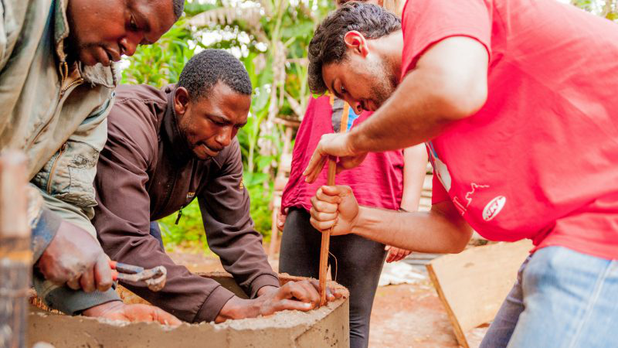 While the UK splinters away from the European Union, Africa is uniting under a landmark free trade agreement, making it one of the largest since the establishment of the World Trade Organization (WTO), writes Debisi Araba.

By creating a shared market between 54 countries, the African Continental Free Trade Area (AfCFTA) will change the face of African trade, and has the potential to accelerate the economic development of the continent – here’s how.

Firstly, the free trade area can expedite intra-Africa trade by building on the progress made by eight existing regional economic communities (RECs), such as the Common Market for Eastern and Southern Africa (COMESA) and the Economic Community of West African States (ECOWAS).

These RECs have successfully implemented frameworks to improve trade between neighbouring countries, the bulk of which is agri-food produce, and have been instrumental in preventing disruption to the food supply during the pandemic.

For example, two RECs have discussed opening all land borders and port services to allow for the free movement of products needed by farmers to maintain and protect their harvests, such as fertilizers and pesticides.

Lessons from RECs can support the broader adoption of the AfCFTA, as highlighted in a new report. For example, intraregional trade is highest within the Southern African Development Community (SADC), which has actively aligned national and regional priorities to optimise trade, particularly within agriculture.

Under the SADC Regional Agricultural Policy (RAP), for example, measures promoting greater agricultural trade include the development of national and regional commodity exchanges, the optimisation of intercountry transport corridors for agriculture and mutual recognition of member states’ safety inspection certificates.

By strengthening continental trade along similar lines, the AfCFTA has the opportunity not only to foster economic growth of more than 50 per cent, but also to strengthen African food security at a crucial moment of post-pandemic recovery.

Secondly, boosting intra-Africa trade will both inspire and require more investment into transport,  and other supportive infrastructure such as energy, water and telecommunications to allow Africa to reap greater economic benefits within the continent.

For example, almost half the total value of African agricultural exports lies in a single crop, cocoa, which is mostly shipped out of the continent without being processed. A 2020 study found that trading manufactured products, including processed agricultural products, increased economic growth while the trade of primary products slowed growth, making it crucial that Africa develops a competitive processing sector.

A key opportunity to meet the African Union’s goals on trade and bolster processing capacities lies in investments that increase the productivity and quality of high value foods, which also contribute to better nutrition.

By fostering greater levels of continental trade and investing the returns in improved infrastructure, such as processing and storage facilities, African economies can add value to commodities like cocoa on the continent to fetch a premium, while also creating new job opportunities.

The African Development Bank is among those to recognise this opportunity, investing billions into creating Special Agro-Industrial Processing Zones (SAPZ), including $500 million for Nigeria alone to support greater integration of production and processing.

Investments in infrastructure and the creation of more supportive business environments will spur entrepreneurs to increase productivity, and step up trade within Africa, and around the world.

The US initiative, Prosper Africa, for example, was launched in 2018 and has already created a one-stop-shop that led to 270 US-Africa deals worth more than $22 billion. Africa’s free trade area could generate similar benefits at a continental scale.

When Africa trades with itself and with other regions, it exchanges more than goods and services; it also exchanges ideas and knowhow, thereby accelerating the diffusion of innovation, which in turn improves productivity.

An African free trade area offers enormous promise, not just for a continent with untapped potential, but for the rest of the global economy as well.