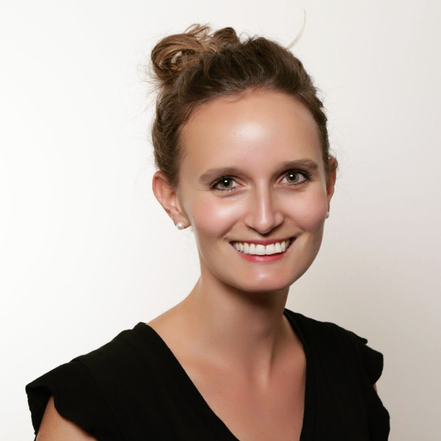 Over the last few days event and travel cancellations have been flooding my inbox, with large conferences and even smaller meetings cancelled across Africa. I too had to call off some of my trips that had been planned for this month. One of the conferences I was particularly disappointed to see cancelled was the Next Einstein Forum. And disappointed not only because it would have been a good opportunity for a bit of self-promotion for our project by presenting the latest MaMo Panel report, but primarily because it stands behind a cause that is particularly important to me. Essentially, the work of the Next Einstein Forum – NEF - is “shaped by our belief that the next Einstein will be African”. Well, I believe, that the next Einstein will be an African woman.

Nurturing young scientists, and particularly female scientists, needs to be an utmost priority worldwide and efforts of getting girls into STEM - science, technology, engineering, and math - careers are becoming visible in, for example, the UK, Germany and the US. This is commendable.

However, a recent report by UNESCO shows that less than 30% of the world’s researchers are women.  But while the average rates for North America, Western Europe and sub-Saharan Africa are somewhere around 30%, women account for as little as 5% of researchers in some countries, like Chad. Furthermore, less than a third of female students choose to enroll in university subjects like math and engineering. Women working in STEM also publish less than their male counterparts and, on top of that, often receive lower salaries.

This means, we need to urgently step up our efforts to strengthen and empower this next generation of young, female (African) scientists who are often not given the opportunity to shine in their work or excel in their positions. And this is particularly important when we talk about food systems research and transformation in Africa – with agriculture remaining one of the largest sectors offering employment opportunities for young people and being a strong contributor to African economies.

One organization that has exactly this at the heart of its mission and vision is African Women in Agricultural Research and Development (AWARD). Amongst other initiatives, its One Planet Fellowship seeks to train 630 African and European scientists to use a gender lens to help African smallholders adapt to climate shifts, unusually offering Africans the opportunity to serve as mentors.

Similarly, on a day-to-day basis I am surrounded by talented and passionate young Senegalese agricultural economists who work tirelessly to generate new data, new ideas and innovations that will allow those working on policy design and implementation to make the best and most well-informed choices  when it comes, for example, to developing a country’s irrigation or agricultural mechanization strategy or nutrition policy. And there are countless other examples of leading female scientists across African universities and research institutions who need to be given the support and mentorship they require.

As I previously argued, women need to be more actively involved in the design of agriculture and climate-related solutions. This is key to ensure that their concerns could be addressed. However, if we are truly serious about sustainably transforming Africa’s food system, we need not only be more conscious about designing more gender-responsive policies or mainstreaming gender into our own research. We need to go beyond this and proactively start fostering the next generation of leading African female scientists. Just as we see young African women stepping up and succeeding in the business world, the same needs to be the case for agriculture and related sciences. This can be through mentoring programs, exchanges between research institutions or sparking the interest in STEM careers already in early school years.

This is crucial, because it will be this next generation of scientists that will determine future research agendas and priorities, that will innovate and deliver new solutions for sustainable food systems and ultimately inform the policies our governments design and implement.