Taking a gender-sensitive approach to improve nutrition in Africa

Research has shown that women and girls not only make up the majority of the world’s malnourished people, but they are also responsible for most nutrition-related tasks in the household.

In Africa, 27.4% of the population are affected by severe food insecurity, that’s over 300 million people. Gender inequality contributes to the malnutrition of many women and children, who make up a large proportion of Africa’s food insecure. Women often continue to lack the authority to purchase food and agricultural resources or decide how they are distributed among household members. To effectively eradicate malnutrition, it is therefore essential that nutrition initiatives take a gender-sensitive approach, which acknowledges the important role that women have in nutrition outcomes, as well as the need to better support them to improve their families’ diets. Such initiatives should not only seek to empower women to take control over nutrition-relevant resources and decision making, but also provide nutrition education to men so that they can take on a supportive role household nutrition.

Of course, there is no one-size-fits-all solution to successfully reduce malnutrition across Africa. Every intervention must be adapted to local contexts, but gender-sensitive approaches to improve dietary diversity, food fortification and nutrition education can greatly accelerate progress in countries with high rates of maternal and child undernutrition, such as the Democratic Republic of the Congo and Mali. 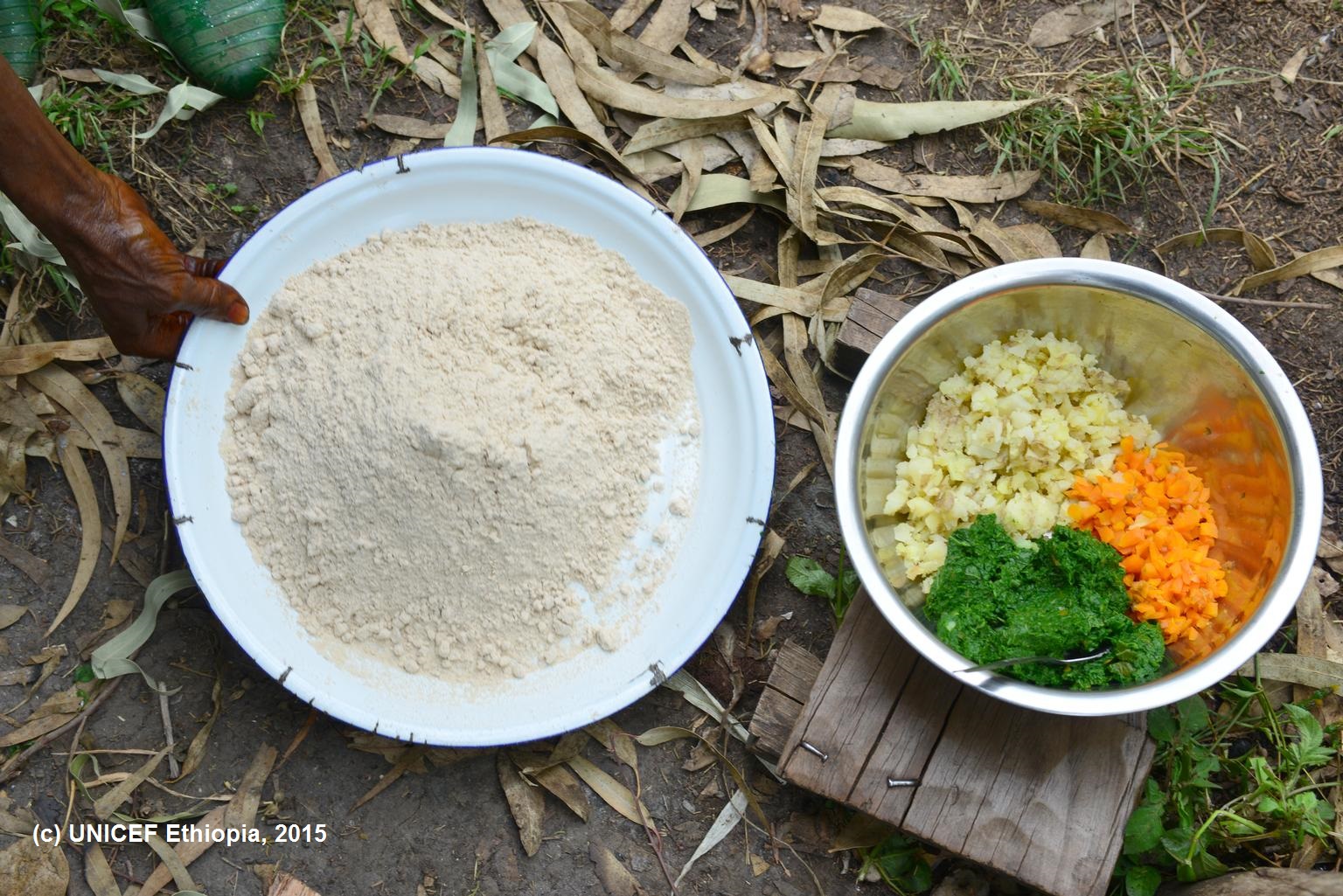 Promoting the benefits of breastfeeding

Good nutrition during the first 1,000 days of a child’s life is critical for their growth and well-being. Immediate breastfeeding is the best source of nutrition for newborn babies to help them grow and develop. Breast milk contains antibodies and vitamin A, which help to protect infants from common childhood illnesses, such as diarrhoea and pneumonia, as well as major causes of death, such as sepsis, acute respiratory-tract infections, and meningitis. In Africa, 12% of deaths in children under 5 are attributable to sub-optimal breastfeeding practices.

A variety of factors can undermine women’s confidence in exclusive breastfeeding, which is often regarded as time consuming. Societal pressures, family responsibilities, and paid and unpaid work present significant challenges for breastfeeding women. In East and Southern Africa, only 57% of infants aged 0-5 months were exclusively breastfed during 2015, while in West and Central Africa the proportion was even lower at just 29%. To address the low rate of breastfeeding on the continent, governments and the private sector need to provide mothers with information on the benefits and best practices of breastfeeding, as well as advice on how to prepare nutritious complementary foods.

The International Food Policy Research Institute’s (IFPRI) program, Alive & Thrive (A&T), was designed to promote best breastfeeding practices in rural communities in Bangladesh, Ethiopia and Vietnam. By working with government and non-governmental partners, and harnessing existing health systems to deliver counselling and information, the program reached more than 16 million children under 2 years-old between 2010 and 2014. In Ethiopia, A&T provided mothers and caregivers with information and counselling through the Federal Ministry of Health’s network of female extension workers and teams of community health volunteers. Village gatherings were held to discuss breastfeeding and demonstrate how to prepare nutritious complementary foods, and a radio campaign was launched with support from women’s associations and faith-based organizations. The program’s activities helped to increase the early initiation of breastfeeding from 67-82% and the rate of exclusive breastfeeding by 11%.

Beyond breastfeeding advice, women need access to information and resources to provide nutritional diets for themselves and their children. Empowering women to cultivate nutritious foods for themselves is an effective approach to ensure the sustainable uptake of good nutrition practices. In Burkina Faso, the Enhanced Homestead Food Production program established community gardens and provided seeds, tools, and knowledge about good agricultural, health, hygiene, and nutrition practices to mothers between 2013 and 2016. In just 2 years, the program improved women’s dietary diversity, increasing their intake of meat and poultry by 8% and fruits by 16%. The women’s children also benefitted, with a 15% decrease in the prevalence of anemia in infants aged 3-6 months and a 9% reduction in wasting among the same age group.

A study by IFPRI found that between 1970 and 1995, progress in women’s access to education was responsible for 45% of the gains made in global food security. In 2013, the GSMA Mobile for Development mHealth program partnered with the UK Department for International Development and Norwegian Agency for Development Cooperation to enhance women’s access to nutritional information and promote best practices in 10 African countries. In Mozambique, participating women receive information on improved nutrition practices, such as balanced diets and the intake of important nutrients through locally available foods, via text, audio or video messages to their mobile phones. The messages also promote the intake of micronutrients and fortified foods, as well as advise on the safe feeding of infants and young children, including exclusive breastfeeding.

Nutrition education should not solely focus on women, however, but also seek to engage men as partners in maternal and child nutrition. The USAID funded program, SPRING, acknowledges that men, as well as women, lack the knowledge and means to improve household nutrition. By also educating and engaging men in best nutrition practices, the program encourages couples and communities to work together to diversify household diets and ensure every member has sufficient intake of essential nutrients.

The Malabo Montpellier Panel’s report, Nourished: How Africa Can Build a Future Free from Hunger and Malnutrition, recognizes the need to take a gender-sensitive approach to nutrition interventions. It calls on national and local governments and civil society organizations to support collective action and initiatives like the ones outlined above in order to enhance the leadership role of women in the area of nutrition.