Rethinking crop residue for the environment, livelihoods and peace

Crop residue is what is left of a crop after its “value” – edible, fibre or ‘energy’ in biofuel crops – has been harvested. For instance, in maize the residue (also known as stover) consists of leaves, stems and husk; in sugar cane the residue is made up of the leaves; and in potatoes most of what grows above ground is considered residue. However, it would be a mistake to dismiss crop residue as ‘waste’. Residues can be used for several purposes, including organic soil amendments, fodder for livestock, fuel and building materials.

Yet, crop residue is increasingly being burned across the globe, especially following the cultivation of maize, rice, wheat and sugar cane. Although China, India and USA are the top burners of crop residue, Africa is home to some of the most intensive rates of residue burning per hectare of harvested land, in relative terms. It is also the region where residue burning is growing the fastest.

However, in sub-Saharan Africa crop residue is beginning to be redirected to other uses. It is critical that farmers reconsider their approach to crop residue to benefit the environment, the lives and livelihoods of rural households, and even, the maintenance of peace between pastoralist and farming communities. Governments can facilitate this change through knowledge sharing and training, as well as support farmers and pastoralists in the initial years after they start preserving residues for alternative applications, when the quantity of residue is still lower.

Where farmers aim to produce two or more harvests per season, there is a very short window within which to prepare fields. Burning is a quick and cheap way of clearing the field, removing weeds, insects, and excess crop residue in order to prepare for the next planting. But it is a short-term solution for much larger and longer-term losses. While burning returns some nutrients to the soil and can even result in a burst of fertility in the short run, most of the organic material and nutrient content is lost under high temperatures. Not only does burning release noxious and greenhouse gases into the air, it dries the soil, creates an imbalance in soil pH and disturbs soil biota, such as earthworms, termites and bacteria, thus reducing overall soil quality.

Crop residues contain valuable nutrients and micronutrients that can be recycled to improve the organic matter and fertility of the soil, enhance plant growth, and build top soil. As crop residues decompose, they serve as a binding agent to hold soil together, thus reducing erosion and compaction. By ensuring a minimum of 30% coverage with crop residue (and/or cover crops), farmers benefit from weed suppression, evaporation, increased water infiltration and retention. At the same time, fertiliser use can be halved, and the need for pesticides falls significantly. Local biodiversity also thrives upon healthy soils.

In addition, decomposing crop residue captures carbon from the air and returns it to the soil where it can be used more effectively. Scientists estimate that by increasing soil carbon by just 0.4% per year, or 4 parts per 1000, the equivalent of 20-35% of annual global anthropogenic emissions can be sequestered, thus providing a powerful tool to stabilise the climate.

Soils with a higher carbon and water content (held in place by residue) are better able to cope under extreme climatic conditions, such as droughts, floods and heat. Hence, better soil quality also reduces fluctuations in yields and incomes. Combined with reduced input costs for fertilisers, irrigation and pesticides, African smallholder farmers can release vital finance for health, education, and other livelihood investments, including machinery and technology, or training for skill development. In this way, smallholder farmers in Africa can increase their resilience under a changing climate.

Moreover, on African farms where women are the primary farm managers, the simple act of leaving crop residue on the ground, rather than manually clearing it, also has positive implications on the health and wellbeing of women farmers. 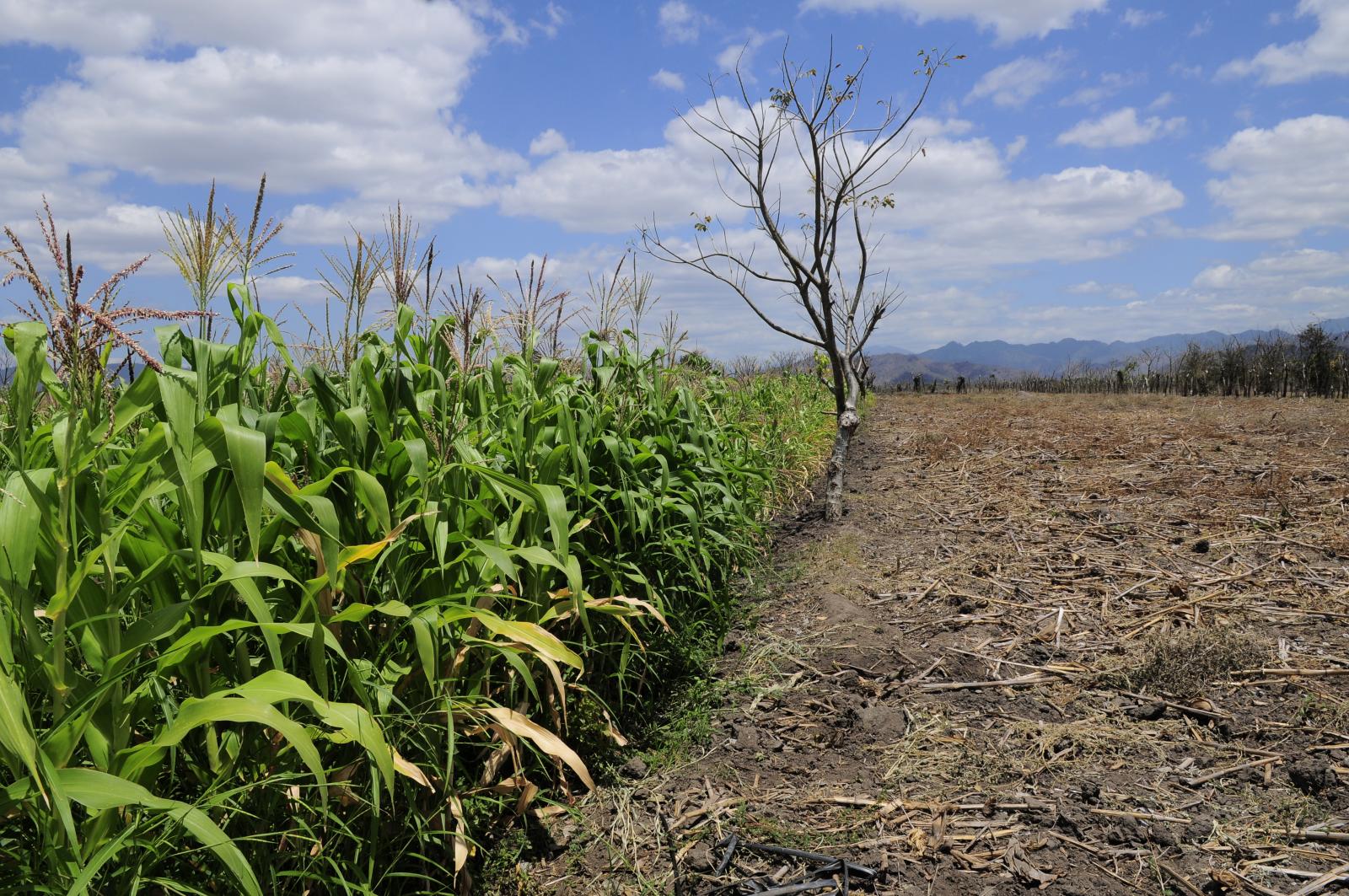 In many parts of Africa, particularly in arid and semi-arid regions, crop residue is shared among farmers and livestock herders. Around Darfur, for example, a mutually beneficial and co-operative relationship existed in which herders were encouraged to graze on farm residue. Livestock had access to much-needed nutrition ahead of the dry season, while the farmers benefitted from animal manure and nutrients for their soil, enabling them to remain in continuous production for much longer. This symbiotic relationship offered a strong framework for local socio-political relationships, and enabled farmers and herders to co-exist peacefully.

However, as harvests fell due to frequent droughts and insufficient rainfall, farmers began withholding what little residue was available, to meet their own food and livelihood needs. Some farmers also began keeping livestock alongside their farms to supplement their own dwindling food supplies. As farmers ‘settled’ in Darfur and local livestock populations increased, land around Darfur became increasingly degraded. Combined with other changes in land ownership and use, this shift away from sharing crop residue led to a deterioration in social relationships, eventually contributing to heightened tensions and conflict.

It is even more urgent that crop residue is used to improve the soil of Darfur under the difficult climate conditions. However, in the short-term, reduced availability of fodder may impact the carrying capacity of livestock and the availability of dairy and meat products. It is at such a time that both farmers and pastoralists would benefit from increased government support, whether through feed provision for livestock; the provision of technologies for chopping crop residues into more manageable residues or machinery for sowing seeds through the residues; or through financial support. As soils are restored and yields increase, farmers benefit from improved food security, while the increased availability of fodder can catalyse the restoration of wider social contracts and relationships.