Report acknowledges progress in fight against hunger and malnutrition

Last month, in Senegal, members of the Malabo Montpellier Panel and Abdoulaye Ka, National Coordinator of Senegal’s malnutrition control unit the Cellule de Lutte la Malnutrition (CLM), launched ‘Nourished: How Africa Can Build a Future Free From Hunger and Malnutrition’. The report highlights the progress that has been made in the last two decades in the fight against hunger and malnutrition. 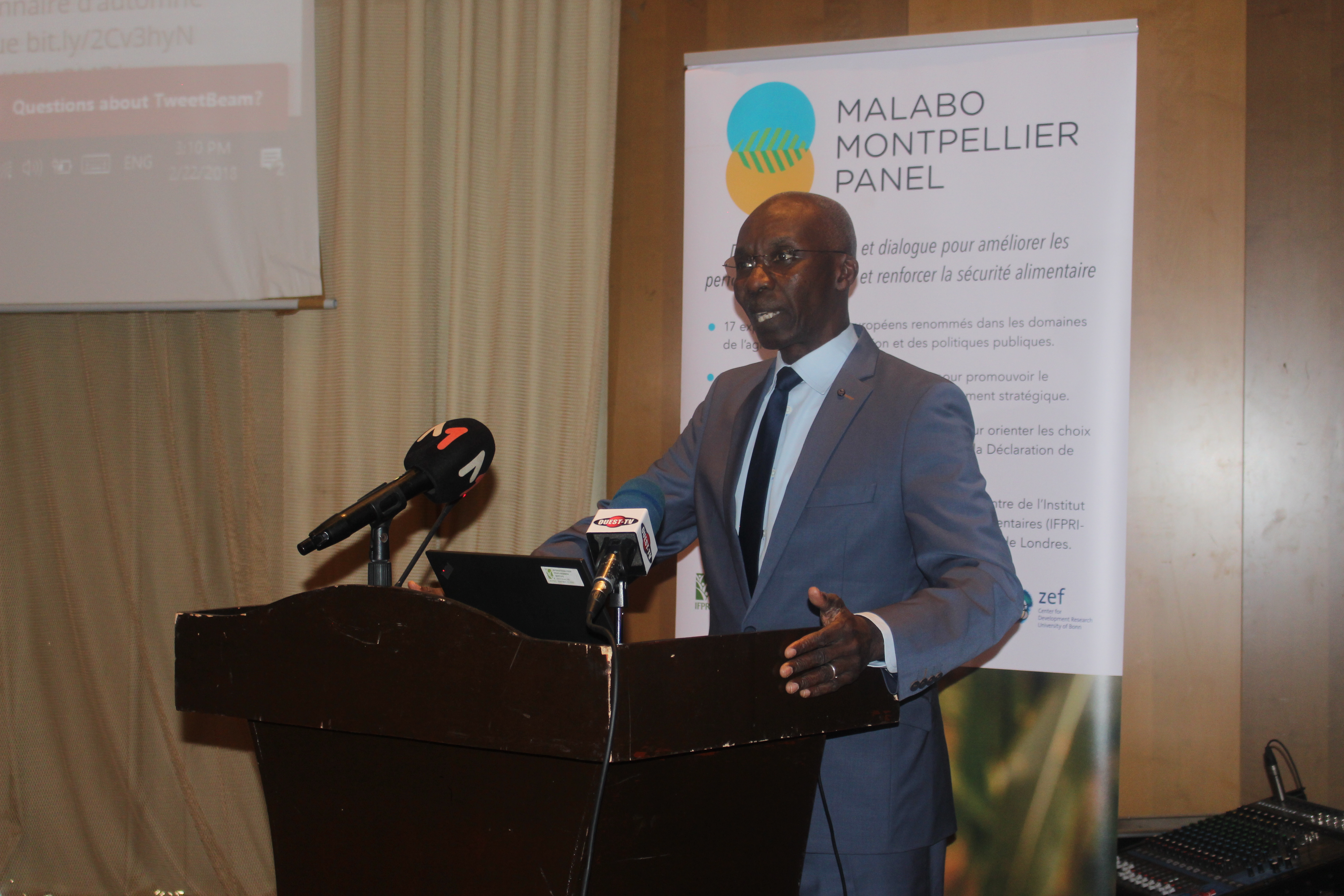 Between 2000 and 2016, Senegal, Ghana, Rwanda, Ethiopia, Togo, Cameroon Angola reduced undernourishment, child wasting, child stunting and child mortality by as much as 56 percent. Largely as a result of their efforts, the proportion of hungry people on the continent dropped from 27 percent to 20 percent. Recent research from the International Journal Nature and the article below reinforce the reports key recommendation that African governments need to put nutrition at the top of the political agenda and adequately resource it.

For Africa to continue to make progress towards ending hunger it is crucial that evidence about what works in the fight against malnutrition is captured and shared. While it is true that African countries are currently not on track to meet the 2030 Sustainable Development Goal to end hunger and malnutrition significant gains have been made that should be acknowledged and replicated.

Below is an article reposted from Malnutrition Deeply discussing the research and an interview with Abdoulaye Ka.

New data shows no African countries are on track to meet 2030 targets to end hunger and malnutrition. A new initiative, led by African heads of state, looks to change that.

Not one African country is on track to end hunger and malnutrition by 2030, according to new data released late last month. A few weeks earlier, almost in anticipation, African leaders formalized a plan to ramp up the fight against malnutrition on the continent.

The two events are critically linked, said Abdoulaye Ka, the national coordinator of Senegal’s malnutrition control unit, known as the CLM. He said the African Leaders for Nutrition (ALN) initiative, which was formalized in late January, could be crucial to reviving continental efforts to attain the Sustainable Development Goal (SDGs) of ending hunger and achieving food security and improved nutrition by 2030.

Ka should know. He has helped guide Senegal’s dramatic progress in reducing undernutrition over the past decade. The country’s stunting prevalence fell from 30 percent in 2000 to 19 percent by 2016 – one of the lowest rates on the continent. He said the commitment of Senegalese leaders to fighting malnutrition – much like the dedication the ALN is trying to inculcate at a continental level – was essential to achieving these results.

Political leaders can “put you the agenda,” Ka said. “You have your seat around the table. Once we got that table, we came with clear strategies, propositions, indicators.” And their efforts were rewarded with the finances they needed to mount a sustained, successful response.

Ka sees many of the lessons from Senegal’s success replicated in the structure of the , which is attempting to spur political will that it can leverage for improved policy and financial commitments. And he is among the many experts hoping the renewed continental emphasis on political leadership will help revive efforts to hit the SDG targets and end hunger in Africa.

This is not the first time African leaders have been urged to commit themselves to improving the nutrition of their citizens.

For instance, a 2014 round-table discussion in Washington, D.C., ahead of that year’s United States-Africa Leaders Summit, elicited pledges to prioritize and invest in nutrition programs. And every African member of the United Nations signed up to the SDGs, which pledged to end hunger by 2030, and also to achieve a 40 percent reduction in childhood stunting by 2025.

The new data, which was published in Nature, show that those promises are not translating into gains. The researchers, based primarily at the Institute of Health Metrics and Evaluation at the University of Washington, delivered granular results on child growth failure across 51 countries that visualize down to the administrative area improvements – or reversals ­– in addressing stunting and wasting.

While some areas may achieve the 2025 targets, the researchers concluded, “much, if not all of the continent will fail to meet the Sustainable Development Goal target ­– to end malnutrition by 2030.”

While there is no single reason behind this looming failure, experts say the absence of consistent political leadership has certainly been a factor.

“ many African countries, there are well-written policy documents” on nutrition, said Dr. Julian May, who leads South Africa’s Centre of Excellence in Food Security. “But you see stunting of children is not changing.” This is explained in part, he said, by the lack of leadership pushing policy into practice, both by lobbying for resources and demanding results.

And that is where Senegal’s experience can serve as a guide, Ka said. While the Nature data indicate that the West African country itself is not on track to meet the SDGs, the mapping shows Senegal well ahead of its neighbors in reducing childhood stunting and – to a lesser extent – wasting.

When it created the CLM in 2001, the Senegalese government placed it within the prime minister’s office and gave it the authority to coordinate with seven different ministries – all of which were involved in the efforts to fight malnutrition. While CLM members write the strategies, officials there are able to work with ministries to discuss strategies for implementation.

There was one ministry where that entree was most critical, though, Ka said: the ministry of finance and planning, “so that they will never forget you,” especially when it comes time to write national budgets. That funding, he said, was critical to actually translating policies into programs.

Ka said nutrition experts learned quickly to leverage the political will into sustained commitments, positioning experts within ministries and programs so they could keep attention on nutrition efforts, and setting up systems to consistently report on gains and highlight emerging challenges.

“It’s a full-time preoccupation to keep it a top priority,” he said. “What can help, first is results. Anytime you can bring positive results, that is really key. But also talking about the political aspect and the strategic aspect. You have to refresh your policies, refresh your strategies.”

That persistence, he said, has helped them maintain a response and keep malnutrition rates low.

An Investment in the Future

While the ALN initiative does not draw explicitly on Senegal’s experience, it reflects many of the most critical aspects, Ka said, beginning with the basic framing of the issue.

The African Development Bank (AfDB) is coordinating the ALN, with support from the Bill and Melinda Gates Foundation and several other partners. They used the official launch of the initiative to emphasize the impact that stunting has on African economies. Officials flagged research from the Global Panel on Agriculture and Food Systems for Nutrition that investments in meeting the 2025 targets in just 15 sub-Saharan African countries could add $83 billion in additional GDP growth.

May said that should catch the attention of finance ministers. “They see it as, ‘This is a good investment,’” he said.

The initiative is also structured to provide periodic reminders to African leaders about policies they should be pursuing and to bolster them with evidence. The class of ALN champions, which includes presidents, prime ministers other top officials, will be supported by a working group that provides quarterly updates and guidance.

“We will be putting [the information] in the right package so that at a glance decision-makers can see it and know they have to do something very urgently,” Dr. Marie Brou-Tanoh, who is coordinating the ALN, told News Deeply. An urgency the new data have only underscored.