What does the African Economic Outlook for 2018 tell us about agriculture?

Each year, the African Development Bank produces an economic outlook for the continent. It analyses the state of African economies and highlights key socio-economic challenges and progress made. 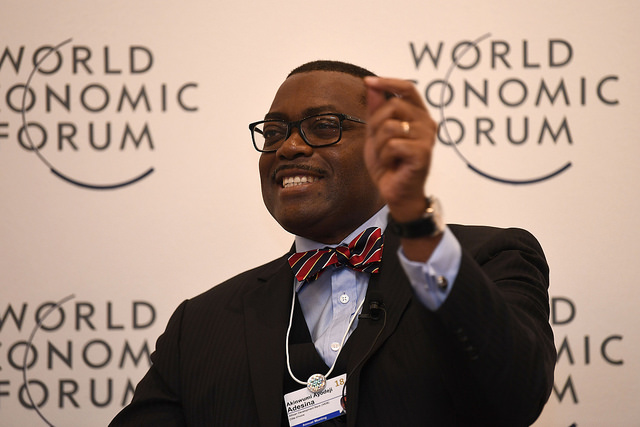 The 2018 outlook was presented in January to the African Union – a symbol of the cooperation between the two organisations and their joint vision to drive economic growth - and it provides some key insights for agriculture.

According to the report, Africa’s economies grew on average by 2.2 per cent in 2016, rising to 3.6 per cent in 2017. The African Development Bank predicts that the average growth in 2018 will increase again to 4.1 per cent. Ghana, Ethiopia, and Senegal are predicted to be among the world’s fastest-growing economies and are driving progress across the continent.

Although the agriculture sector is still the most dominant source of employment and typically one of the largest industry sectors in a country, productivity remains slow. Agriculture accounts for about 51 per cent of employment in Africa, most of it in subsistence farming and most prominently in rural areas where the majority of people still live. In 16 countries, the sector accounted for more than 30 per cent of total output, and in Liberia and Sierra Leone for more than 48 per cent.

But, productivity remains stubbornly slow. During the last decade cereal yields increased by 164 per cent in Brazil, 81 per cent in Uruguay, and 43 per cent in Malaysia—but by less than 40 per cent in Africa. A successful economic take-off will require agricultural productivity growth. Agriculture must be understood as a profitable business and key part of the economy, rather than simply as a subsistence activity.

People are slowly changing the way they work in Africa. A movement away from traditional, subsistence, low-productivity sectors to modern high-productivity sectors will be a key part of the continent’s growth. This will require creating more jobs in modern agriculture, industry, and services. But also implementing policies that empower poor, vulnerable and low-skilled workers so that they can take advantage of emerging opportunities. Historically in Asia and Latin America, labour shifted from agriculture to services and in Europe and North America from industry to services whereas Africa has seen very little movement.

Wages in agriculture are low. Lower than wages in industry and services. The report states that almost 84 per cent of Africa’s poverty is a result of employment in agriculture and services. African economies have a dual nature – the majority of the workforce is employed in subsistence and a small fraction in rapidly growing productive sectors – perpetuating persistent poverty and high inequality.

The poor performance of the agriculture sector across Africa is partly a result of low investment. One of the key commitments as part of the Malabo Declaration is that countries allocate at least 10 per cent of annual public expenditures to agriculture. However, only ten member states have achieved this to date - two of which, Senegal and Ethiopia, were highlighted in the report as high growth economies. There are other factors that hamper productivity including low-quality inputs and low adoption of improved production technologies and mechanization.

To improve productivity there is an urgent need to link agriculture with other sectors and to invest in building and strengthening agricultural value chains, which are the key to linking farmers, traders, food processors, and retailers all together in a chain that adds value to the products it creates and generates income at each stage. This will improve incomes and livelihoods, particularly for smallholder farmers. Bottlenecks to this chain need to be removed and market failures addressed.

Agriculture has huge potential to provide high-productivity jobs, create wealth, and propel economic growth in Africa, especially if countries can reduce food imports and expand agricultural exports. If this growth can be made inclusive then there is also the huge potential of driving down poverty. The report outlines three key interventions that could unleash this potential: ensuring egalitarian access to land; facilitating the use of modern inputs by improving access to credit; and strengthening the ability to develop and adapt agricultural technologies.

The president of the African Development Bank, Akinwumi Adesina said “agriculture must be at the forefront of Africa’s industrialisation” and we agree, but this will require adequate investment and inclusive economic growth.

The opinions represented in this blog do not necessarily reflect those of individual Malabo Montpellier Panel members and their organizations.