Don’t forget, progress is being made

As political leaders, business tycoons, movie stars and representatives from NGOs and international organisations descend on New York this week for the meetings of the United Nations General Assembly (UNGA) all eyes are on lingering political crises and instability in countries across the Middle East, Latin America and Africa. The centrepiece of the gathering is the “general debate” where countries get to present their views to a plenary session 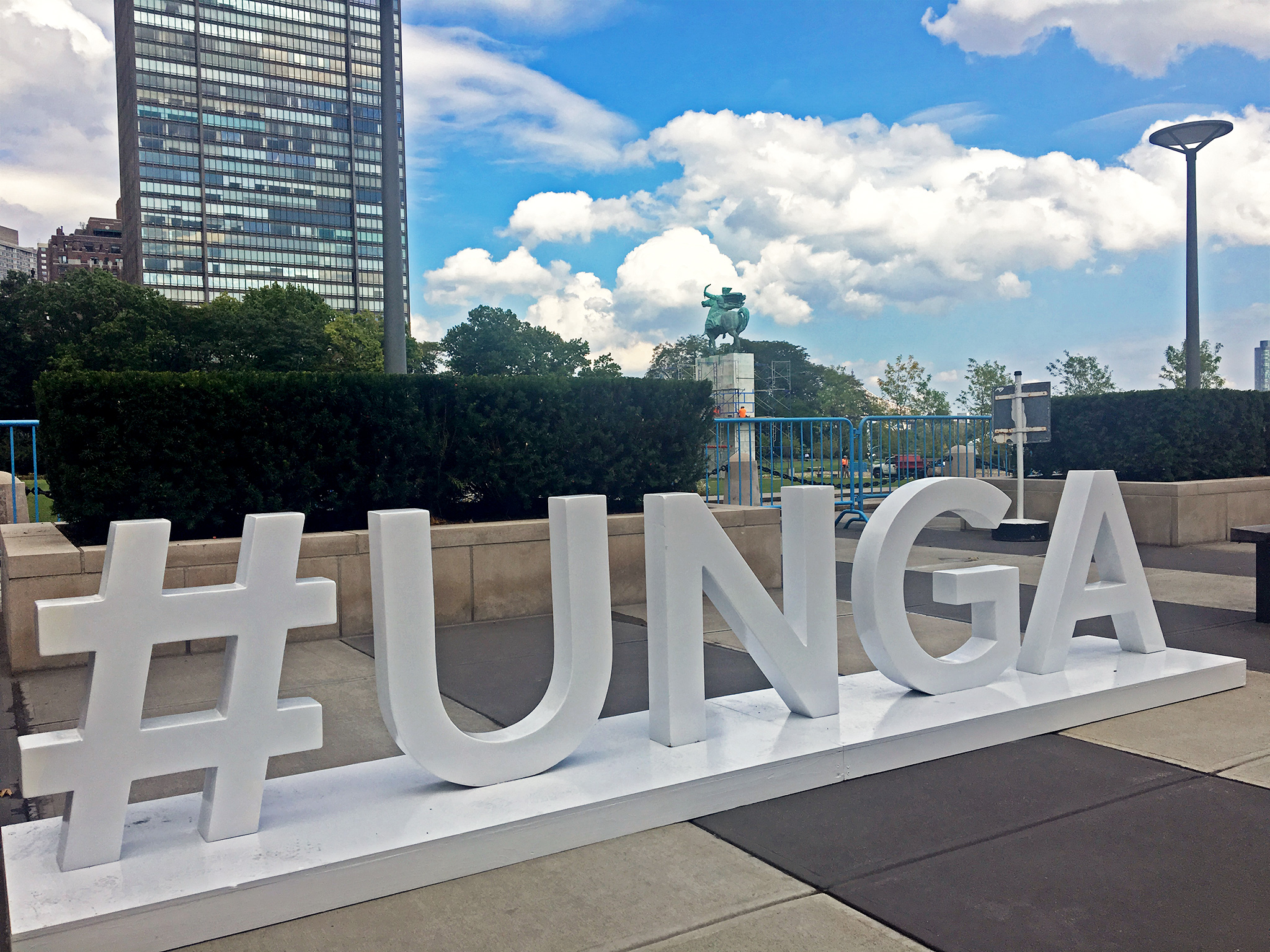 But there are various other meetings taking place on the side-lines. The high-level week opened with an event on the UN’s role in financing the 2030 Agenda for Sustainable Development. Representatives of governments, the UN system, multilateral development banks and the private sector discussed concrete ways in which they will support the financing of the Sustainable Development Goals (SDGs) and next steps towards achieving them.

While we continue to wake up to unfolding tragedies that threaten the livelihoods of many thousands of people worldwide, it can be challenging to preserve a positive outlook on the world: hurricanes destroy homes, displacing and killing hundreds of people in the Caribbean and the Americas; yet another powerful earthquake hitting Mexico, the second within just a few weeks, killing hundreds of people and destroying homes and schools; war, hunger and disease in Yemen destroying the prospects of an entire generation of children; the civil war in Syria continues to linger; and the threat of terror attacks starting to become a new normal in many cities across Europe. And the list goes on.

It is therefore refreshing to see Bill and Melinda Gates take a different view. This year – and every year up until 2030 - they will be highlighting progress that has been made towards making lives better and success stories from across the world. Their message that “armed with an understanding of how many challenges humanity has overcome so far, you’re inspired to do whatever you can to help solve today’s problems and prevent tomorrow’s” will be the central theme for this year’s Goalkeepers event. Barack Obama, Nobel Peace Prize laureates Malala Yousafzai and Leymah Gbowee, musician and political activist will.i.am, and hundreds of other world leaders, experts, and celebrities will come together to share success stories and talk about where there is still work that remains to be done. Is the world falling apart? Not at all.

Highlighting success stories and interventions that work, is what we, the Malabo Montpellier Panel, have done in our new report Nourished: How Africa Can Build a Future Free from Hunger and Malnutrition. While hunger and malnutrition remain a challenge and threat for many countries, our research shows that several countries are starting to win the battle against malnutrition and have made remarkable progress over the past 15 years – some reducing malnutrition by more than half.

We took a closer look and analysed how Senegal, Ghana, Rwanda, Angola, Cameroon, Togo and Ethiopia did it. All governments implemented a set of policy and institutional reforms that elevated nutrition to a top policy priority and ensured it was mainstreamed across ministries and partnerships with other stakeholders strengthened. Synergies between nutrition, agriculture, health, sanitation and water were more effectively captured. Based on our analysis, we have suggested an action agenda – through 12 recommendations - for other governments in Africa that if scaled-up or replicated can have a significant impact on nutrition, child survival and development in Africa – at the household and at the macro-level.

Only if governments take concerted action and go beyond simply increasing food production to making actual improvements in the quality and provision of nutritious foods, in particular to vulnerable groups, will they be able to deliver on the African Union’s aspiration of “a prosperous Africa based on inclusive growth and sustainable development” and the Sustainable Development Goals.