Right now, 263 million children and young people are out of school around the world, and another 330 million are in school but are estimated not to be learning the fundamental basics. This week, the UK’s International Development Committee published a report, examining the Department for International Development's work on education. The report highlights the lack of access to education in many developing countries and conflict zones. 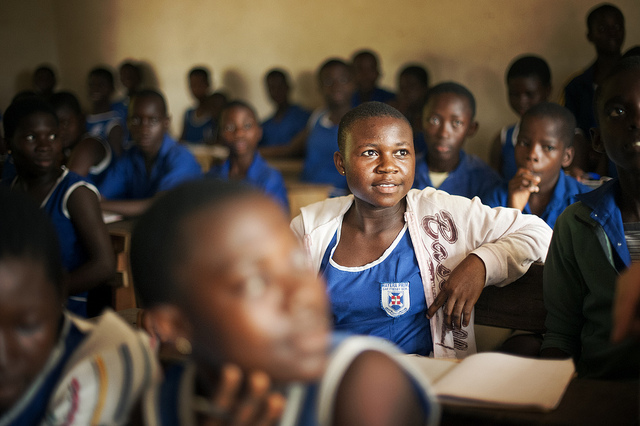 Education is a fundamental human right. It underpins the ability of people to be able to improve their own lives and jobs and lift themselves out of poverty. An aspiration of Sustainable Development Goal #4 is that by 2030 all children will complete free, equitable and quality primary and secondary education. But, at the moment, more than 30 million children are not attending school in sub-Saharan Africa.

Recent figures show that there has been a clear decline in the proportion of international aid spending on education since 2011. Overall, international aid spending for education remains much lower than aid allocated, for instance, to government and civil society, health, and infrastructure. Furthermore, on average less than 2% of all humanitarian aid goes towards funding education.

Without an educated population, countries will find it harder to progress out of poverty. Healthier and better educated workers are more likely to participate in opportunities created by economic growth. Amongst many other benefits, education is key to improving the nutritional status of households and to enabling future generations of young people to create and harness the opportunities they find in rural areas and in agriculture as a sector.

Although Africa’s youth are on the whole increasingly better educated, rural youth are still plagued by low levels of literacy, poor numeracy, and high drop-out rates, particularly in secondary education. In the next 15 years 370 million young people are expected to enter the job market. However, the rates of people enrolling in tertiary education generally remain low. Based on current trends, 59% of 20-24 year olds will complete secondary education in 2030, compared to 42% today.

What does this mean for rural areas? Young people in the countryside are often the most enthusiastic about creating their own business; nearly one-quarter of the rural youth have plans to start a business, compared to 19% of urban youth. With knowledge and training on new production techniques and opportunities for on and off-farm skill development, young Africans in rural areas could be even more productive. Supporting and adapting schools and education curricula in rural areas to their particular needs would be an important step in supporting the rural youth to become successful entrepreneurs and to realize their potential.

With the number of young people set to double by 2050 it is crucial that African governments and international donors continue to invest in education and build the capacity of young people, from an early age, and particularly girls and young women in rural areas. If this is achieved, governments will be able to increase the productivity of a large proportion of their labour force and fully capitalise on the demographic dividend that is fast approaching.