There’s little sexy about food loss and waste. The subject conjures up images of rotting fruit and vegetables infested with flies. For others, the immorality is inexplicable: how can any food waste be justified when hunger remains prevalent across the globe? Ironically, food waste rarely features at dinner-table conversations.

If wasted food was a country, it would be the third largest producer of carbon dioxide in the world 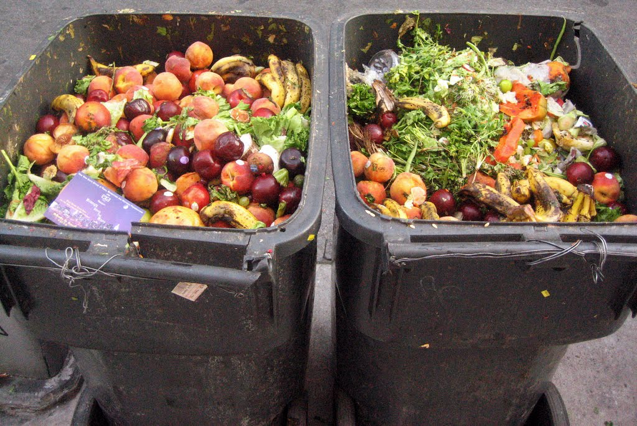 But food waste is not only about ethics or economics. Food production also needs resources – water, land and, in an increasingly carbon-constrained world, valuable carbon dioxide space. If wasted food was a country, it would be the third largest producer of carbon dioxide in the world, after the United States and China. Methane from decomposition makes food waste a contributor to both, short- and long-term climate change.

And - wasted food wastes water. Only 0.3% of all fresh water on the planet is accessible in rivers and lakes. So, losing a third of this scarce resource annually, embodied within food waste is, in Ms Kakabadse’s words, “quite simply, crazy”. At the same time, the growing demand for sea food is destroying fragile oceanic ecosystems. This in turn is having dire consequences on the livelihoods of the millions of fishermen and women who rely on healthy oceans for their food and income.

As farmers try desperately to meet global food demand, more forests – and the biodiversity within them – are lost at an alarming rate. Large scale conversion of primary forests in South East Asia to palm oil plantations and farmland is leading to the loss of some the planet’s most charismatic plant and animal life.

Addressing food waste is therefore key in the fight against climate change, against global hunger and towards achieving several other Sustainable Development Goals. And the immensity of the problem allows for engagement at different scales – from international trade policy to personal change – and in many forms – from advocacy to direct action.

At the policy level, attention must be paid to perverse incentives that encourage excessive, unsustainable production without appropriate trade mechanisms to balance global demand and supply. At national and regional level, improved storage and transport facilities will help to reduce food loss. Businesses are called upon to urgently review their procurement policies, particularly on the aesthetics of fruits and vegetables. ‘Shiny potatoes’, ‘straight carrots’ or ‘unblemished bananas’ are the cause of vast amounts of food waste at farm gate, so much so that between 20% – 40% of food produced in the UK doesn’t even make it to the shelves!

But these ‘top-down’ actions also have be supported by change at consumer level. Purchasing crooked or curved fruit and vegetables, using “common sense” decision-making such as smelling or touching a fruit or veg, rather than relying on food labels (“Pasta NEVER goes off” and “Cheese gets BETTER with age” reminded Ms Kakabadse), educating children and young adults about food production, and demanding sustainable ingredients at local cafeterias and restaurants are all avenues for individuals and consumers to get engaged in this subject.

Most of all, we need to start talking about food waste. After all, as Ms Kakabadse pointed out, “we are experts on food – we all know what we like to eat, and what we dislike. And that makes us all part of the solution.”

Meera Shah is a Project Administrator at Imperial College London working on the WINnERS project and supporting the MaMo Panel.