People living in low-income food importing countries in sub-Saharan Africa, including Uganda, Ethiopia, Kenya, Tanzania and Sudan are very vulnerable to food shortages due to chokepoints in global food trade. 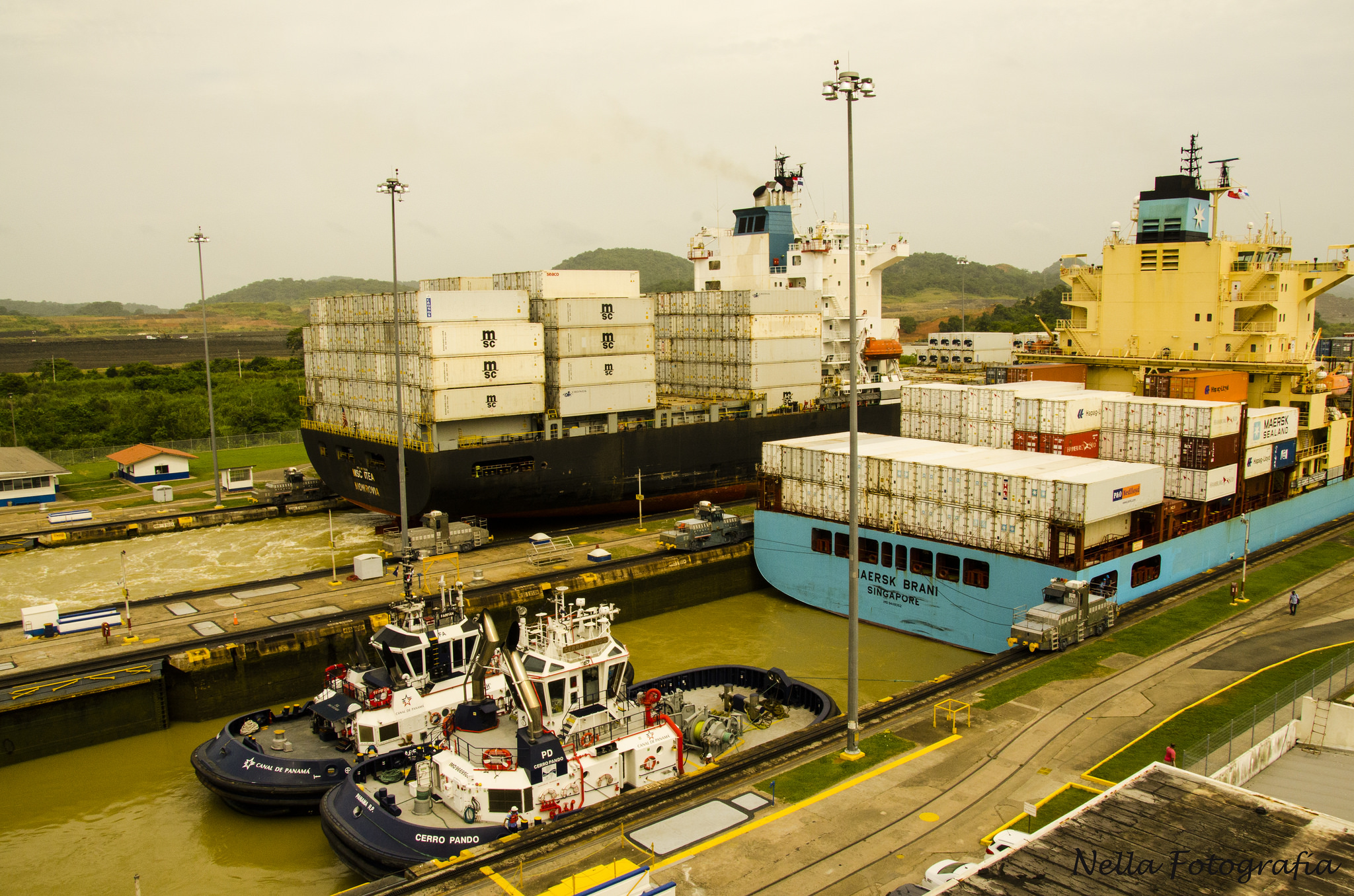 This is partly because global food security depends on trade in four staple crops — corn, wheat, rice and soybeans - the growth and export of which is concentrated in a handful of ‘breadbasket’ countries: the US, Brazil and the Black Sea region.

In order to get the staple crops African countries’ rely on to feed their citizens they need to pass through chokepoints – a point of congestion which is vulnerable to blockage. All food importing countries face a degree of risk, but the level of risk varies depending on the proportion of their imports that pass through a chokepoint and how easy it is to find alternative supply routes.

Weather and climate, conflict and politics all dramatically affect the stability of chokepoints. The vulnerability of a country is also key – the more fragile a state is, the larger the impact. This week a fist-of-its-kind report published by think tank Chatham House has identified 14 global chokepoints including ports, maritime straits, and inland waterways. The risk of these being disrupted is increasing as countries trade more with each other and as climate change takes hold. 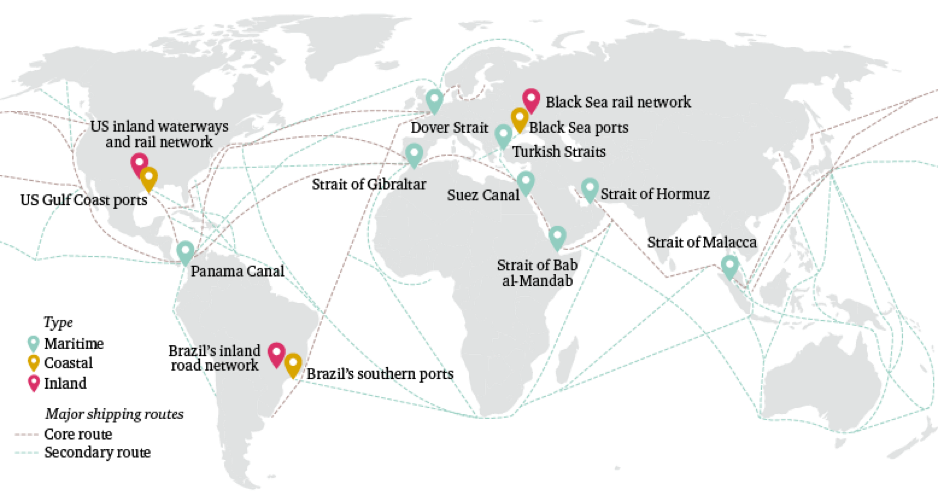 The countries that depend most on food imports are located in the Middle-East and North-Africa (MENA) region which is surrounded by maritime chokepoints and depends heavily on wheat imports from the Black Sea region via the Turkish Straits. North Africa’s communities are 1,500 miles away from the Black Sea chokepoints but communities would feel the severe effects of their disruption through a dramatic reduction in the availability of wheat.

Incidents or delays could disrupt supply and push up food prices which could be catastrophic. The dangers of food price volatility were highlighted in the 2007-08 food crisis, which resulted in protests and riots in almost 100 countries. The grain export bans in the Black Sea region in 2010-11 contributed to unrest in North Africa as well as the Arab Spring.

Analysis of the importance of trade chokepoints to food markets isn’t available but whatever is happening will have a knock-on effect for smallholder farmers in Africa. When the prices they can sell their produce for changes regularly, the uncertainty makes their often-precarious existence, even more unstable. Farmers must be supported by local and national governments to manage risk by accessing their exposure to chokepoints and working collectively in smallholder partnerships to mitigate them.

African Governments should aim to reduce risky import dependency through chokepoints by focusing on regional trade. Efforts must be made to establish more preferential trade agreements for low-income net importers to minimise the negative impact of trade policy for growing economies and the farmers within them.

·       Governments in food-importing countries should assess their exposure and vulnerability to chokepoint risk at the national and subnational level.

·       Investments must be made in infrastructure to ensure food security – the G20 should establish a taskforce on climate-compatible infrastructure, establishing common principles and guidelines for critical infrastructure resilient to future climate impacts.

·       Enhance confidence and predictability in global food trade to ensure it works for the most vulnerable countries and communities.

·       Develop an emergency sharing mechanism and smarter strategic storage; e.g. strategic stock sharing and emergency response mechanisms should be agreed at regional level among exposed countries to coordinate actions and share the costs of risk management.

·       Build the evidence base around chokepoint risk and the impact on food markets so countries and regions can plan better.

You can download and read the full report here, or read stories and analyse the raw data on the chokepoints website.