In the recently launched 2017 Global Food Policy Report, one chapter argues that the pace and impact of urbanization in Africa means that by 2030, most of the continent’s population will be living in cities. Alongside the known challenges this presents -  limited housing supply, insufficient infrastructure, pressure on scarce public services, disrupted linkages between town and country and environmental degradation - the implications for food and nutrition security among Africa’s city dwellers are particularly significant, recent findings from researchers at the International Food Policy Research Institute suggest. 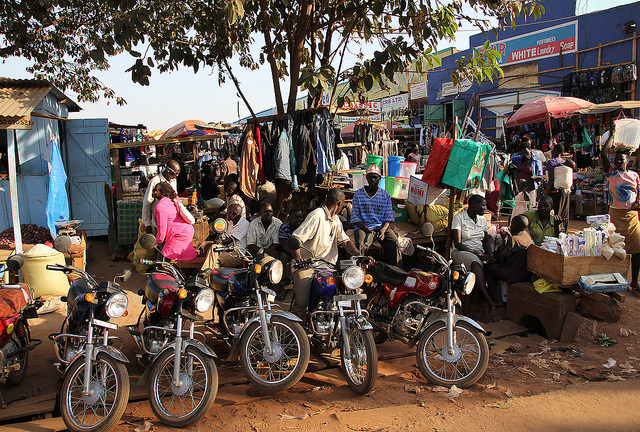 Why? The 2008 and 2011 food price spikes demonstrated that urban populations are more vulnerable to fluctuations in food prices than people living in rural areas. This is because people living in Africa’s cities are less likely to produce food for their own consumption and so spend more of their household income on food. How do they afford it? Through informal markets.

For the urban poor, the informal economy and informal markets have long been essential for buying the food they need to feed their families. The International Labor Organization (ILO) estimates that the average size of the informal market as a percentage of GDP in sub-Saharan Africa is 41%. This ranges from under 30% in South Africa to 60% in Nigeria, Tanzania and Zimbabwe. The informal market is also one of the biggest employers, accounting for 72% of non-agricultural employment in Africa. It is therefore an important source of income for many and enables financial independence, especially for women.

Despite supermarket expansion and the trends towards imported and processed foods amongst the growing urban middle class, the urban poor continue to depend very heavily on informal markets and street vendors for their daily food. Most of the dairy products, fish and meat bought by poor people living in cities is bought on informal markets. In Kenya, Mali and Uganda, for example, 80-90% of raw milk is purchased from vendors or small-scale retailers and a recent study has shown that 70% of urban households regularly buy their foods from street vendors.

This means small-scale street vendors and informal markets are crucial for employment and income generation amongst the urban poor, but they are equally important for ensuring food and nutrition security for anyone who is unable to grow their own food and cannot afford to buy their food elsewhere.

Yet, despite the importance of informal markets, many African governments have had a difficult relationship with the sector in the past. Many vendors and marketers operate in settings without access to electricity, clean water or appropriate sanitation practices. This increases the risk of foodborne diseases and in turn contributes to micronutrient deficiencies. However, crackdowns and harassment of street vendors, as seen in some countries, do not necessarily improve or change those conditions; in fact, research in Brazil has shown that frequent crackdowns deter those working in the informal sector from investing in the equipment and practices that would be needed for improved food safety and standards. The result is a vicious circle.

As Danielle Resnick argues in IFPRI’s 2017 Global Food Policy Report, unless there is a major and rapid increase in employment opportunities in the formal sector, it is most likely that the informal sector will continue to be a key source of jobs and food for the urban poor.

Governments need to develop policy interventions that target formal market improvements, and protect the interests and the health of poor urban consumers. Meanwhile, the informal economy must be allowed to thrive and resources should be provided in the way of education and training for those people whose livelihoods depend on it.