Second International Scientific Conference on Climate Change: Vulnerability and Adaptation of the Agriculture Sector to Climate Change in the Sahel and West Africa

Sub-Saharan Africa in general, and West Africa in particular, is considered one of the regions of the world most vulnerable to the effects of climate variability and change. Indeed, weather and climate phenomena extremes, such as droughts, increased occurrence of floods, delayed start and end dates of seasons, coastal erosion and land degradation are realities that negatively impact the lives of thousands of people in the Sahel and West Africa. Climate change has a double impact on Agriculture. First, a direct impact through the reduction of crop yields due to variations in temperature and precipitation, then an indirect impact due to the effects on natural resources (vegetation, soil and water). This is how heavy rains and winds cause soil erosion and reduce their ability to store carbon, and the warming of the atmosphere leads to a sharp increase in water requirements for plants. The adaptation of agriculture, forestry and livestock to climate change and the mitigation of greenhouse gases (GHG) are therefore urgent, not only to ensure food security, but also to contribute to efforts global emissions reductions. 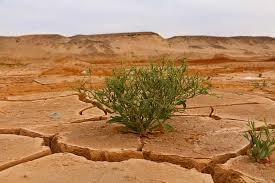 The Paris Agreement signed by 192 countries mandated the Conference of the Parties (COP21) of 2015 to take concrete measures to reduce GHG emissions, Thus, global warming could be limited, and its negative effects on Agriculture reduced , in order to be able to reach the Millennium Development Goals (MDGs) adopted by the United Nations. In this context, the AGRHYMET Regional Center (CRA) is organizing the Second International Scientific Conference on Climate Change under the theme "Vulnerability and Adaptation of the Agriculture Sector to Climate Change in the Sahel and West Africa" from April 01 to 03, 2020 in Niamey, Niger, following that held in 2007 in Ouagadougou in Burkina Faso.

This second conference will help strengthen the technical and scientific foundations of the region and the role of CRA as a Regional Climate Center for West Africa and the Sahel."

Link to the event

See the events we're attending and meet our Panel members